Everything You Need to Know About Auditioning for a Commercial 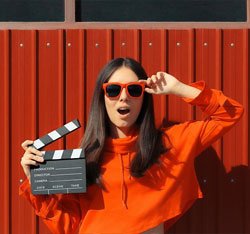 Everything You Need to Know About Auditioning for a Commercial

Have you ever auditioned for a commercial? If not, the thought of this can be somewhat intimidating. However, if you get the gig, the residuals (rewards) are great.

If you want the best chance possible to land a role in a commercial, use the tips and information found here.

Your Look Is Important

Approximately 70 percent of the entire audition is over before you say a word. While this may not seem fair, it’s the way it is. How you look plays a huge role in if you get the part in a commercial. When you are trying to tell a story in 30 seconds (or less) it’s important to establish the characters right away. If you don’t look like the intended character that the creative team has pictured, it won’t be possible for you to get the job (in most cases).

Consider How You Present Yourself

You also have to think about how you present yourself. How do you say your name? What does your voice sound like? What type of general attitude do you have? All this is going to tell the casting team a lot about you – long before you deliver a line.

Take some time to get to know the character you are auditioning for. By doing this, you can figure out how to present yourself, so you portray this character accordingly.

When it comes to casting for a television commercial, there’s a small team of people in the room who are going to say if you get the job. The director is one, along with the creative team and ad agency.

You Can Make Yourself “Right” for the Role

Be sure that you read the casting spec before you go to the audition. Try to find clues in the write-up and make changes to your wardrobe and your performance based on this. If you get past the audition and get a callback, this is good news, and it is probably because you seemed “right” for the particular role.

When you are auditioning for a role in a commercial, there are more than a few things that you need to consider. Be sure to keep the information here in mind to ensure that you have the best chance possible of getting the job.

You can also use the services of a professional agency to help you prepare for the audition. Just be sure they are reputable so that it will increase your odds of being hired.